Your cart is empty.

A Comparison Guide – NAP I vs. NAP II Laminating Film 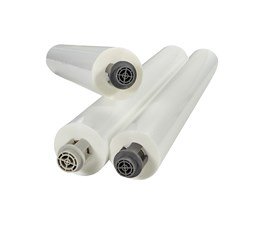 GBC laminating film is classified as either NAP Lam I film or NAP Lam II film. If you’re unsure which film is best for your needs, keep reading.

For most basic laminating tasks, NAP I film is your best choice. This film is great for a wide variety of documents and is more commonly used than NAP II film.

About NAP I film:

If you have documents with heavy ink coverage – including photographs or inkjet-printed posters – consider NAP II film.

Now that you know the differences, visit our laminating film page and explore our different films

Copyright © 2022 GWJ Co. All rights reserved.
Other products and companies referred to herein are trademarks or registered trademarks of their respective companies.
**Prices, images and specifications subject to change without notice.**

For your convenience, we accept these credit cards: